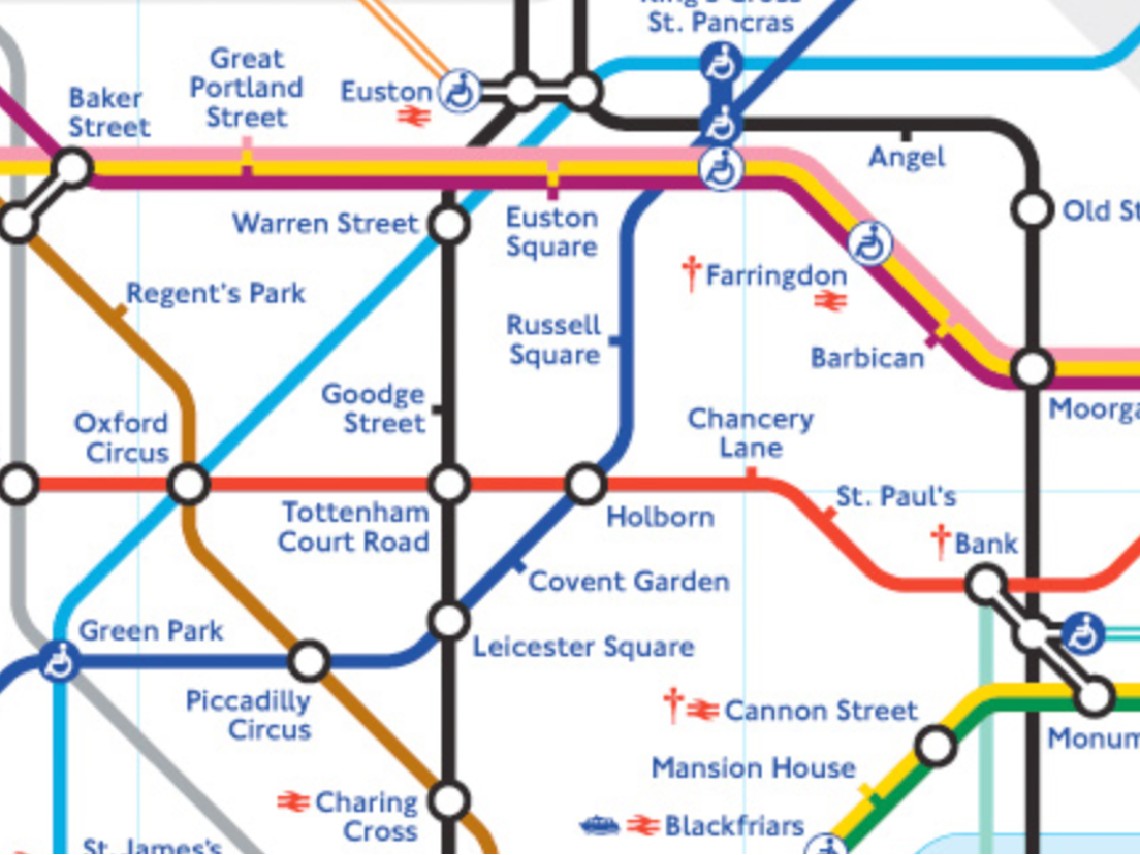 When we’re in a hurry we can often take short cuts. Sometimes we can choose expediency over accuracy. It can be the same when we are communicating - even when we are not pressed for time - to get our message across. Whether in face-to-face meetings, by telephone, by email or any other method we can often miss things out or make hurried statements. In fact, social media encourages us to act this way. Whatever communication method we choose it’s important to listen to what is not being said as well as what is being said.

Consider this statement which I heard recently:

‘All refuse collectors are uneducated’.

Let’s look at this phrase in more detail. To help, I’d like to use the metaphor of something many of us are quite familiar with – a map of the London Underground. To set the scene it’s important to remember that the map is a guide. It was created way back in 1933 by Harry Beck, an electrician. He based the design on the circuit diagrams he drew in his day job at the London Underground. The map, originally rejected because of its radical nature has since been recognised as a design classic.

Back to the statement of ‘all refuse collectors are uneducated’.

Just like the map of the Underground the statement is a huge generalisation. The term ‘all builders’ is used. It’s not true. It’s a generalisation – just like the Underground map shows all stations being the same size. That’s not true either e.g. compare the immense size of Baker Street with its maze of platforms to the size of Covent Garden which is tiny in comparison with just 2 platforms and not even an escalator.

Lesson 1: when people are speaking or emailing look out for generalisations in what they are saying. They normally begin with ‘All…’ or ‘Everyone…’ etc. Be prepared to challenge what they are saying by reflecting back what has been said. Give them the opportunity to reflect and qualify their statement e.g. ‘Well, not every refuse collector is uneducated’ and then perhaps you can question further if needed.

If we look at the London Underground map, we can see the precise information that we need to see. This is extremely helpful. Imagine how the map would look if it contained other underground phenomenon such as sewer pipes, gas supply lines, underground car parks etc. If these items were included the map would be very unclear and confusing.

People’s communication can be the same – either deliberately or accidentally. This is because many people edit what is said for whatever reasons they have such as speed or convenience. This editing can be can be unhelpful if vital information is omitted.

Lesson 2: When people make sweeping statements be prepared to check for accuracy. What some people say may not be as accurate as what they really mean.  Clarify what is being said. This will give the other person the opportunity to provide more information that will give greater understanding e.g. ‘I meant refuse collectors on our route where we live’.

People can often distort what is true

Let’s look again at the London Underground map. The various Tube Lines are shown in different colours – colour coded so that it is easy to distinguish one Line from another. The Lines are shown in straight lines with sharp angles where necessary to change direction. The Lines are not shown as they are in reality with long curves and sometimes above each other. Also the location of the stations on the map are not geographically accurate either. Some stations are shown as very near each other when they are far away and some are shown very far away from each other when they are very near.

Distortions can appear in our language too. Very often we can be inaccurate and distort things to suit our version of reality – either deliberately to suit our needs or because our perception is very much our reality. We only know what we know.

Lesson 3: Be prepared to challenge facts and assumptions as and when they are presented e.g. ‘That’s not the case. I know that our refuse collector has qualifications in yyyyy’.

The language we use carries enormous impact. It enables communication whether in spoken, written or in electronic form. But to communicate effectively we need to pay attention to the generalisations, deletions and distortions that people can make which lead to misunderstandings at best and unwarranted conflict at worse. Look to listen out for what is not being said as well as what is being said.